A founding father of Australian oil and gas passes away

A founding father of Australian oil and gas passes away 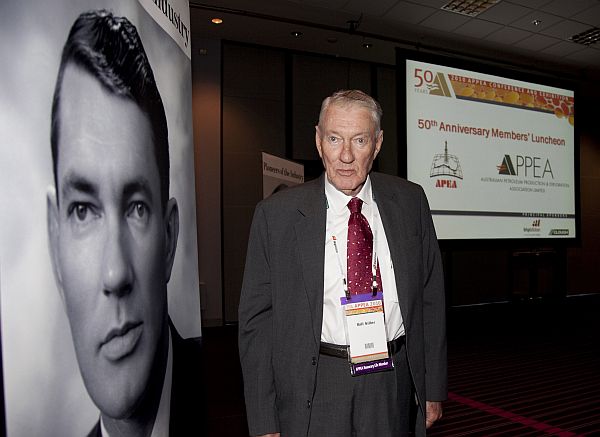 One of the founding fathers of the Australian oil and gas industry and of its industry association, APPEA, passed away over the weekend.

Charles William (Bill) Siller, was born in St George, Queensland, and graduated from the University of Queensland with a degree in geology.

Known for his aversion to red tape and bureaucracy, Bill had a successful career as an executive and board member with companies such as Exoil (later Oilmin) and Roma Petroleum, as well as a leading drilling contractor, Oil Drilling and Exploration.

Bill was one of APEA’s founding Board Directors and was its Chairman in 1967-68. In 1968 he was awarded an MBE for services to the Australian oil and gas industry, and in 1973 he was made an honorary life member of APEA. He retired in 2008 at the age of 78.

APPEA is pleased that Bill was able to join us at our 50th Conference in Brisbane in 2010. Our thoughts are with Bill’s family and friends at this sad time.