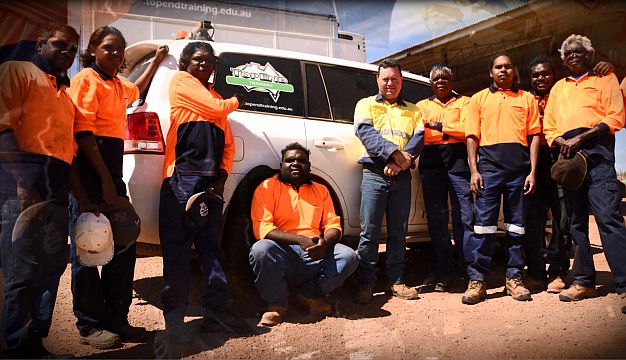 In a video released as part of the NT onshore gas industry’s communications campaign, Indigenous Construction Resource Group director Russell Jeffrey highlights the industry’s importance in providing increased opportunities for the socio-economic development of Aboriginal Territorians and their communities.

“If an industry can come in – and it’s regulated, it’s safe and it’s creating jobs, it’s creating opportunities – I think the pride in those communities will actually grow, along with the work,” Mr Jeffrey says in the video, which can be seen at this link.

Already projects such as the Mereenie oil and gas fields west of Alice Springs, now operated by Central Petroleum, and exploration preparations for companies including Origin Energy, Pangaea Resources and Santos have provided Traditional Owners with training and work opportunities on country.

“If an industry can come in – and it’s regulated, it’s safe and creating jobs, creating opportunities – I think the pride in those communities will actually grow, along with the work.”    – Indigenous Construction Resource Group director Russell Jeffrey

APPEA director for the Northern Territory, Matthew Doman, said the oil and gas industry is committed to ensuring opportunities for Aboriginal training and employment are maximised as the industry grows – something often lost in an increasingly ideological debate about the benefits and impacts of developing natural gas resources.

“It is also fair and reasonable for the wider community to acknowledge that stakeholders who are directly affected by the current, and small scale level of activities, have provided their informed consent after years of consultation and engagement. This includes pastoralists, Land Councils and Traditional Owners,” Mr Doman said.

“The broader mining and energy resources industry has a higher proportion of indigenous employees than any other Australian industry, and that stands to increase if the continued development of the Territory’s natural gas resources is able to proceed.”

APPEA, the body representing Australia’s oil and gas industry, is stepping up its communications campaign to highlight the industry’s strong environmental performance in the Northern Territory over the past 50 years and explain the benefits and impacts of further developing the NT’s onshore natural gas resources.

The campaign will feature advertising, social media content, websites and a series of community meetings, including a continued presence at regional shows in major centres this month. Download PDF