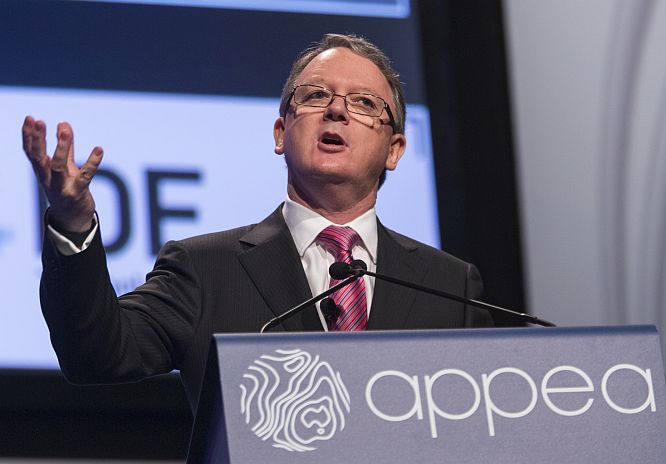 As debate rages over Australia’s energy security,  APPEA’s 2017 Conference in Perth will deliver world-class analysis of this crucial issue – starting with the lead industry address by Woodside Managing Director, Peter Coleman, in the opening session on 15 May.

“Secure energy supply is crucial for the functioning of Australia’s economy,” he says.

“Gas has a vital role to play. It’s a safe and reliable energy source with a relatively low emissions intensity.”

Mr Coleman will be one of a dozen industry executives speaking in the Conference’s plenary sessions focusing on the theme “Energy in Transition.” His address will canvass both the contributions industry can make and the role governments must play.

He says policymakers should prioritise “maintaining a stable fiscal regime that takes into account both the high costs of developing Australia’s remote resources and the long-term benefits of facilitating their development.”

Mr Coleman will deliver the lead industry address at the APPEA 2017 Conference in the plenary session ‘Energy in Transition’, which starts at 8.30am on Monday 15 May at the Perth Convention Centre.