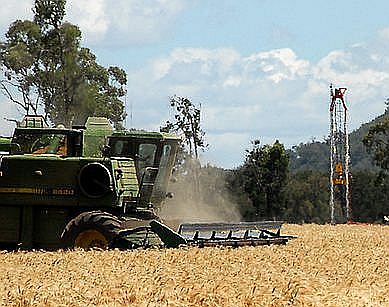 An unprecedented coalition of groups from the agriculture, fishing, forestry, tourism and resources sectors has joined together to set the record straight on the case for the fuel tax credits scheme, also commonly known as the diesel fuel rebate.

The Fuel Tax Credits Coalition today released a new publication, Powering Regional Australia: The Case for Fuel Tax Credits, designed to promote a balanced and informed debate on the purpose and impact of the FTCS.

The publication argues that the fuel excise introduced to contribute to the cost of building public roads should not apply to diesel used off-road or in off-grid power generation. It also argues that the tax provisions are founded on a fundamental principle of sound tax policy, namely taxes on intermediate business inputs are inefficient and distortionary.

The report brings the case for the FTCS to life by highlighting 18 case studies drawn from 18 different businesses and communities – small, medium and large – from all states and the Northern Territory.

“The diesel excise rebate is not a subsidy or a handout as the excise paid on diesel was originally introduced to pay for road infrastructure. To put it simply we don’t pump water on public roads and we only receive the rebate for off-road use,” Mr Tom Chesson CEO of the National Irrigators’ Council said.

“Any Government cuts to the scheme would be greeted with dismay by irrigated agriculture that is already reeling from the high cost of energy,” Mr Chesson concluded.

Brent Finlay, President of the National Farmers’ Federation, said that food producers were only reimbursed for tax already paid on a key business input.

“The fuel tax credits scheme is critical for Australia’s agricultural sector, where food producers already operate without the subsidies enjoyed by our international competitors.”

“We welcome the fact that the FTCS enjoys strong backing from both major political parties. This report is designed to ensure that the false claims made by the Greens and some environmental activists gain no traction,” said Brendan Pearson, chief executive of the Minerals Council of Australia.

As a senior Treasury official told a Senate hearing in June 2014, “the principal rationale behind the fuel tax credit system … was to ensure that a number of industries that used fuel off road were not subject to double tax.”

It is clear that it makes no sense to impose an effective road user charge in the form of fuel excise on fishing trawlers, harvesting equipment or diesel generators powering community facilities such as hospitals, schools and tourist accommodation located off the electricity grid. To do so would represent a large and unfair super tax on regional and remote Australia.

A number of competitor nations do not impose excise on fuel used as a business input in agriculture and mining industries.

The removal or weakening of the FTCS from Australia’s largest export and import competing industries would undermine industry competiveness at a time when Australia needs to do all it can to expand the economy and secure good jobs, particularly in regional areas.

Powering Regional Australia: The Case for Fuel Tax Credits is available at http://bit.ly/fueltaxcredits

“Running a diesel generator to power our house is about 10 times more expensive than it would be on town power. We really have no alternative out here. We’re always looking for efficiencies and use windmills and solar power, but neither have the capacity to pump the volume of water our cattle need.” Rick Britton, grazier and Mayor of Boulia Shire in remote Western Queensland where diesel fuel powers the school, the health centre, the shops, churches and the hotel as well as dozen of businesses and agricultural enterprises.

“We shouldn’t be having to carry the fuel excise for diesel we use off-road.” Drew Martin who farms 135 ha of almonds and 800 ha of share farmed wheat north of Renmark in South Australia.

“Consider that a prawn trawler can stay at sea for 7.5 months and use about 2000 litres a day and you start to understand the importance of diesel to our operation. If the fuel tax credits scheme was abolished, our ability to survive in a high cost domestic environment would be compromised.” Chief Executive, Austral Fisheries, David Carter. Austral operates 14 prawn and fishing vessels in the Gulf of Carpentaria and the Southern Ocean.

“The [gravel] laneways [we build ourselves] are an essential investment – we use them to drive around the farm, top put out feed and move sheep and cattle, without driving across the paddock and wrecking pasture.” David and Lyn Slade, who have spent hundreds of thousands of dollars building and maintaining gravel roads on their lamb, beef and cropping property at Glenridge Park in the Great Southern Region of Western Australia.

“Industry accepted the ‘user pays’ principle to fund the maintenance of the public road network…However, to consider charging fuel excise for off-road use contradicts this principle and is unjust.” Cameron MacDonald, Chief Operating Officer, HVP Plantations, one of Australia’s largest private plantation companies. Located in the Ovens Valley in Victoria, HVP staff have fire-fighting responsibilities with over 200 staff and contractors involved in fighting the Black Saturday fires in 2009.

“We use diesel in all our vessels and at our Green Island Resort. Our diesel fuel usage is about 4.5 million litres per annum. We would face significant issues if the fuel tax credits scheme was dismantled.” Managing Director of the Quiksilver Group, Tony Baker. Operating out of Port Douglas and Cairns, Quiksilver operates a fleet of 13 of the most advanced Australian-made cruising vessels and employs 550 people.