G7 Summit kicks off in Cornwall

G7 Summit kicks off in Cornwall

The 47th G7 Summit is now underway in Carbis Bay, Cornwall, marking the launch of a three-day event with world leaders from the United States, United Kingdom, Canada, Germany, France, Italy, and Japan.

The leaders of these countries are converging over the weekend to discuss climate, international relations with China and Russia, and plans for the ongoing economic recovery from COVID-19. Special invitations have also been given out to leaders from Australia, South Africa, South Korea and India by current G7 President and UK Prime Minister Boris Johnson, in a move referred to as ‘G7 Plus’. The European Union is also represented, primarily by European Commission President Ursula von der Leyen of Germany.

Prime Minister Morrison, who stated in a speech in Perth on 9 June that the COVID-19 crisis underlined an “urgent need to deepen and accelerate our shared endeavours”, has affirmed that Australia is on a pathway to net zero as soon as possible, and “preferably” by 2050. This pathway, he said, will be delivered through transformative technologies such as carbon capture, use and storage (CCUS) systems and hydrogen, not taxation.

“Enabling renewed business-led growth and development is how we restore the global economy.”

The Prime Minister is expected to deliver the Australian Government’s Long Term Emissions Reduction Strategy ahead of the COP-26 meeting in Glasgow in November. 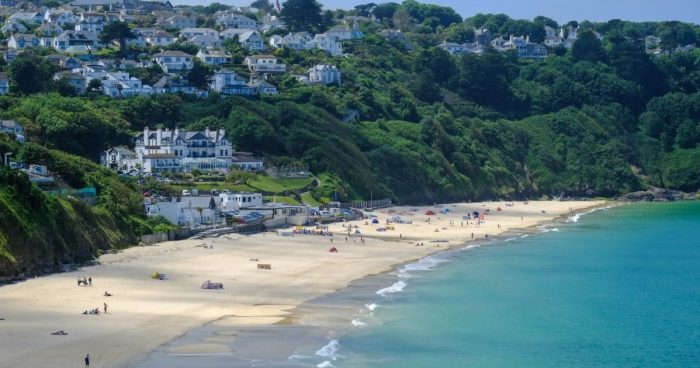 This year’s G7 summit is being held in the small village of Carbis Bay, Cornwall in the southwest of England. Image via Adobe Stock

Australia’s world-class natural gas industry in particular can support the uptake of renewable technologies such as wind and solar by ramping to meet demand when the wind doesn’t blow and the sun doesn’t shine. Displacing coal-fired energy with natural gas can also help to reduce emissions significantly both in Australia and importing countries in the form of liquefied natural gas (LNG) exports.

With the right investment settings in place, it could also contribute to continued economic recovery from the effects of COVID-19 to the tune of $350 billion and 220,000 jobs over the next two decades in a high-growth scenario, according to statistics from EY (Australia’s oil and gas industry: Kickstarting recovery from COVID-19).

“With President Biden making climate change a key pillar of his presidency, it is expected that the topic will be a central feature of the talks,” said APPEA Chief Executive Andrew McConville.