Gas is a great economic driver in the Northern Territory

Gas is a great economic driver in the Northern Territory 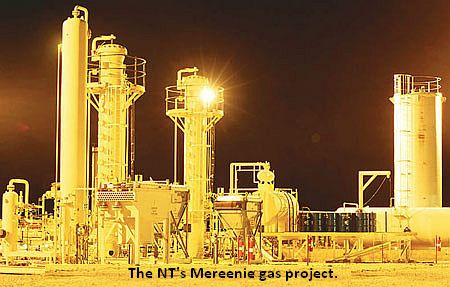 Natural gas has a long and proud history of safe and sustainable operations in the Northern Territory.

The Mereenie project near Alice Springs and more recently the Blacktip project near Wadeye have been meeting the electricity needs of Darwin and other centres for almost three decades.

And the NT economy continues to outperform much of the nation thanks to the development of the Ichthys liquefied natural gas (LNG) project in Darwin and investment in other gas projects.

Now the expansion of the onshore gas industry in regions such as the Barkly has the potential to become the Territory’s next great driver of economic opportunity.

The NT is said to contain one of the world’s largest supplies of shale gas, enough to potentially meet Australia’s combined domestic and export needs for a hundred years. Exploration will give us a clearer picture.

A recent study commissioned by the Australian Petroleum Production & Exploration Association and produced by Deloitte Access Economics suggests the NT may be sitting on new gas bonanza.

According to the Deloitte analysis, shale gas in the NT could drive significant long-term economic growth, create thousands of new jobs and generate almost half a billion dollars of additional government revenue every year.

The study examined two potential growth scenarios based on the development of shale and tight gas for the NT, east coast and export markets between 2020 and 2040.

Deloitte found that under the highest growth scenario examined, the cumulative increase in Gross State Product could reach $22.4 billion in net present value (NPV) terms, an increase of 37 per cent.

The same growth scenario would result in a long-term employment boost of 6,300 full time positions in the NT and additional revenues to the NT Government of up to $460 million a year.

While still in its very early stages, shale gas clearly has great potential to underpin a new wave of investment in the NT, delivering jobs and economic opportunities for decades to come.

It could become the industry that reinvigorates regional centres such as Alice Springs and Katherine and provides new training and employment opportunities in Indigenous communities.

It could also become a game-changer for future NT governments by delivering a new source of revenue to fund better services like hospitals and schools and develop much-needed infrastructure in the regions.

But while the opportunities are immense, the successful development of a local shale gas industry should not be taken for granted.

The recent collapse in the international oil price had put all gas developments in Australia and around the world under pressure. It’s vital that proponents and governments work together to reduce costs and attract new investment.

The NT must provide a stable, secure and competitive investment framework if it wants to turn its shale gas resources into jobs, royalties and exports.

Achieving this will deliver significant long-term benefits for all Territorians.

This blog post was first published in the Sunday Territorian on 3 January 2016.