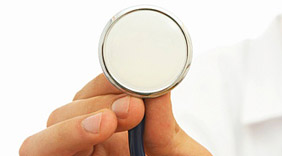 One-third of eastern Australia’s natural gas supply comes from coal seams and there are 1.3 million gas users in NSW alone. If natural gas was bad for our health, I think we’d know about it.

What we do know is that tens of thousands of people employed in Australia’s natural gas industry work in and around gas infrastructure on a daily basis, yet remain a healthy workforce.

Despite retired psychiatrist Dr Steven Robinson’s opinion (“CSG mining is a risky business”, Newcastle Herald, 14 August), industry is not just beginning in Australia and academics have been monitoring the health of oil and gas employees for three decades.

The Monash University Centre for Occupational and Environmental Health regularly produces the results of its Health Watch study which tracks 20,000 past and present employees.

The study shows that petroleum industry employees have better health than the general Australian community, and are less likely to die from cancer and from heart, respiratory and digestive diseases.

Dr Robinson relies on the work of activist Dr Geralyn McCarron to make allegations that CSG affected public health in Queensland’s Tara residential estate yet made no mention of an investigation that found no evidence of such a link.

The Queensland Department of Health reported that the most prevalent symptoms including headaches and skin rashes were “common complaints generally”, reflected in studies by the World Health Organisation and the Australian Bureau of Statistics.

Suggestions that “fugitive emissions” from gas wells in Gloucester would be more likely because of the terrain shows little understanding of how gas is sourced and produced.

Industry does not drill or place gas infrastructure in farm sheds and because natural gas is lighter than air, if it does escape from infrastructure it will quickly rise and dissipate.

Gas production in Gloucester is vital if NSW is going to secure its energy supply future without the need to import 95 per cent of its gas from other states, which is currently the case.

This blog post was first published in The Newcastle Herald on 16 August.