A Canberra mum has won a national photographic competition with a touching snap of her gas worker husband’s weathered hand holding his son’s tiny hand.

Kyrie Ferguson, of Kambah, is the Overall Winner of the In.Site Photographic Awards for her photo of gas technician husband Ty’s embrace of his six-year-old son Blake. 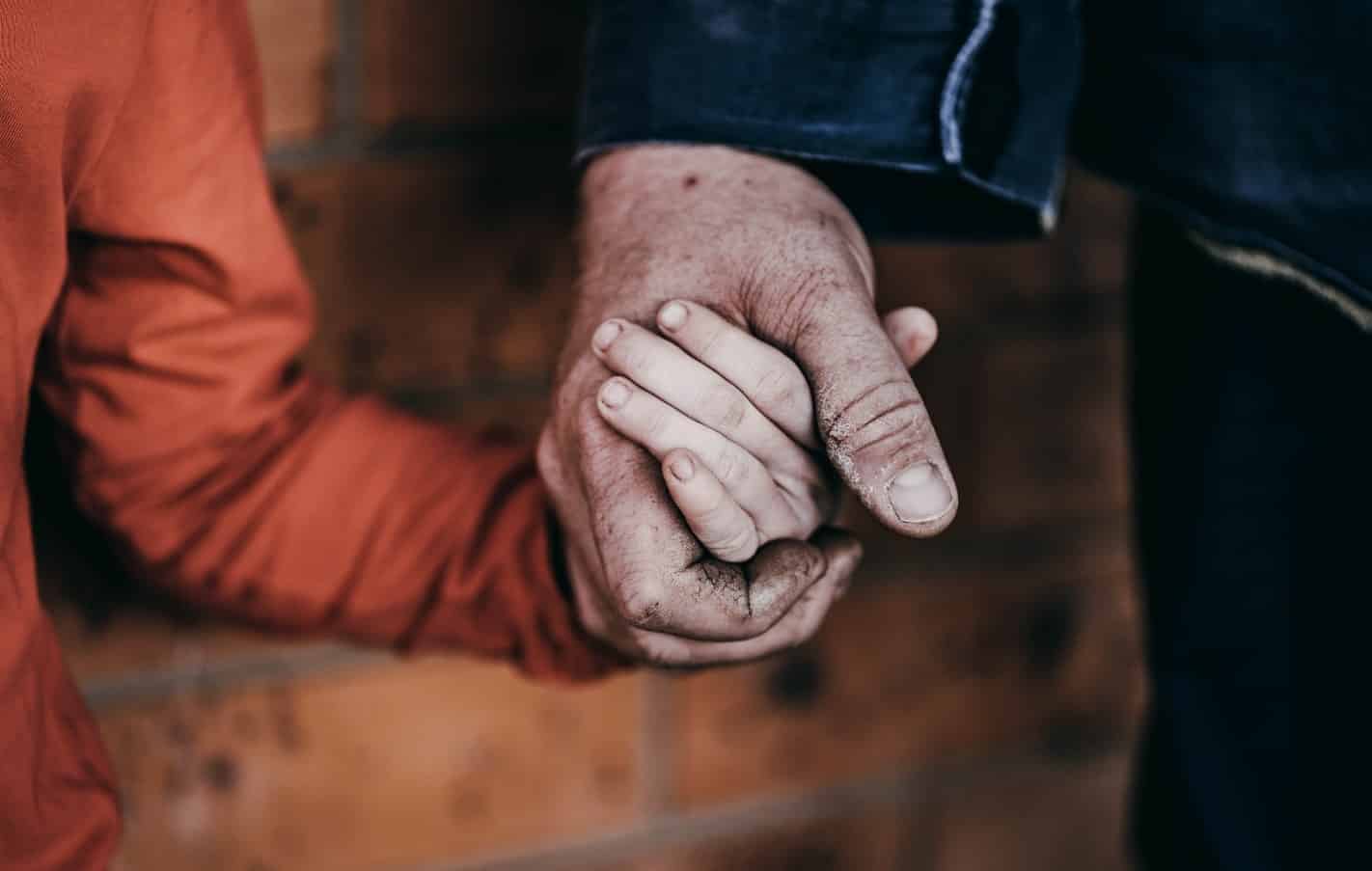 The photograph was selected from almost 200 entries from across Australia as part of the awards, sponsored by the Australian Petroleum Production & Exploration Association (APPEA) initiative, Brighter.

Kyrie said: “The past two years with Covid-19 and everything – that’s why I wanted to go the family route. It’s been absolutely hectic, especially at Zinfra. Our lives revolve around Zinfra with us both working there. But we’ve had staff shortages and staff getting COVID.

“I said: ‘I want to get a photo of you and Blake holding hands’. It didn’t take that long to shoot. But I always look at Ty’s hands. They’re the hands of a worker.

“So that’s probably the perfect interpretation of him going to work. With Blake – that is why we all do it. I did a few more shots as well but that turned shot turned out the best.”

Now in their third year, the awards are open to APPEA member company employees who submit photographs that highlight the environment, community and people within the Australian natural gas industry.

APPEA Acting Chief Executive Damian Dwyer said: “This year’s winners illustrate the very best of our industry – the people and their motives for working, the environment we work in and protect, and the community we are a part of.” 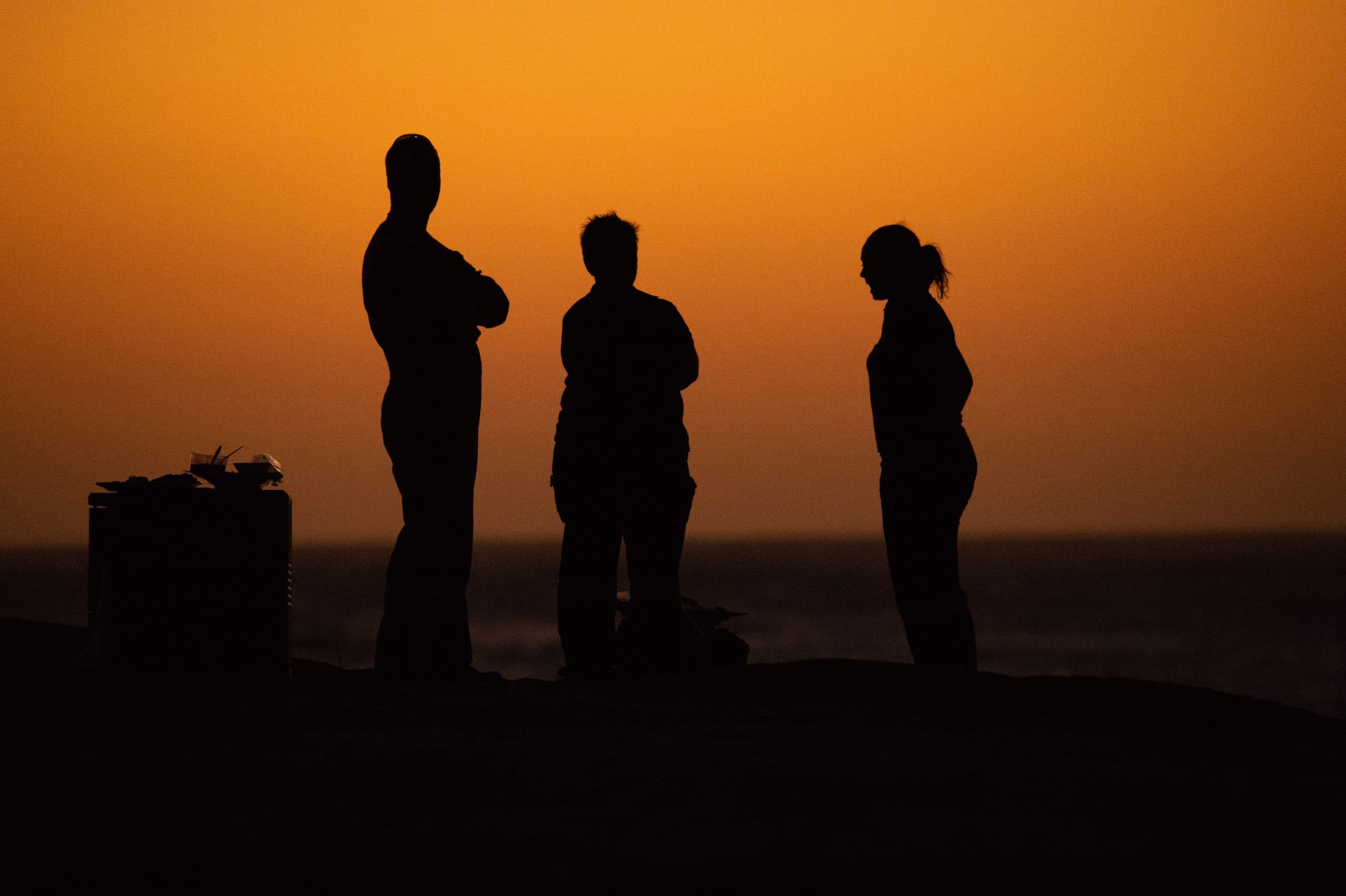 Michael said: “In October last year, we had a family day where we had 100 family members of employees come up to the island.

“There was a lot of intensive work involved but there was a reward dinner for staff for going above and beyond.

“The shadows in the photo show the hot box dinner we received on the beach.

“The tall bloke on the left of is an environmental champion with some Barrow Island admin staffers.

“It’s obviously a nice sunset. Someone called me over to take some photos of the wallaroos.

“When I looked back and saw the silhouette of the people against the sunset, it looked like a nice composition.”

Titled ‘Somewhere over the rainbow’, the picture, composed with an impressive sense of scale, depicts a perfect rainbow arch over Ocean Onyx rig in the Bass Strait, offshore Victoria. Aletta, of Dongara in WA, said: “The scene depicted in the photo was opportunistically taken and a common sight in the Bass Strait.

“Regular weather fronts came through the project area and every rainbow was different.

“I took the photo from a support vessel for the Ocean Onyx, a SIEM anchor handling vessel in the Bass Strait. A squall had just gone through and another was approaching.

“I enjoy photography in my spare time. I always have my phone on me while on holidays to create compilations of my travels, and my underwater camera for macro-photography of marine life in my local marina or when on dive/snorkel tours Australia-wide.

“I love taking photos of nature!”

The Community Category was won by Allen Geological Services geologist Philip Allen, of Adelaide, who took his winning snap while doing work for Central Petroleum in Mereenie, Northern Territory. Philip, of Lower Mitcham, Adelaide, said: “I’d been working as a geologist on site in Mereenie and one morning while I was out on location I took that photo.

“The truck in the picture was going down to the Alice Springs area to fill up with water and then come back to the site. Drilling rigs require a fresh water supply, so the truck driver journeys once or twice a day to ensure the rig has a water supply.

“It’s very nice working out there. That’s one of the pleasures of it – because the landscape is so striking, and you do get those amazing sunrises and sunsets.”

APPEA has donated $5000 to the Royal Flying Doctor Services on behalf of all entrants.

Mr Dwyer said the judging panel was impressed by the number of responses received and the high quality of the submissions.

“This high standard of entries made for a challenging judging process, but there were four photos that stood out in the end – and they are wonderful,” he said.

“Well done to all those who entered and showcased the beauty of our industry in so many different ways.”