The night of nights for Australia’s oil and gas industry has recognised the environmental management and health and safety practices of outstanding initiatives by members.

At a gala dinner tonight in Brisbane during the 2022 APPEA Conference, the Australian Petroleum Production & Exploration Association (APPEA) honoured projects by INPEX Australia, Santos and Beach Energy for their excellence.

The Environment Project Excellence Award was awarded to two companies.

INPEX Australia was recognised for its development of a regional oil spill response model for the Australian offshore oil and gas sector.

Its Browse Regional Oil Pollution Emergency Plan (Browse ROPEP) is the first ‘pilot’ of a regional oil spill response plan designed for multiple activities and multiple titleholder use in Australia.

Beach Energy was recognised in the same category for its Prion Impact Assessment, a 3D Seismic Survey in the Bass Strait which included studies examining scallop biomasses and improving understanding of new seismic survey technologies. 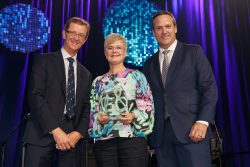 The Safety Project Excellence Award was awarded to Santos for its road safety project, ‘How to drive safely around the world 500 times per year’.

The review improved workplace and health and safety practices for staff who drive about 20  million kilometres a year for work, much of it on remote roads. 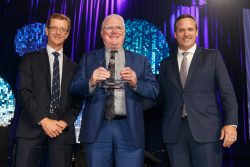 “It’s brilliant to see innovative companies adopting new approaches and technologies for the challenges and opportunities the oil and gas sector faces,” he said.

“Our industry is committed to continuous improvement and these awards are a chance to highlight the outstanding work undertaken across our membership.”

Since 2001, the awards have highlighted the innovations and technology initiatives undertaken by APPEA members during the previous year.

Following the Montara and Macondo disasters, the global petroleum industry demonstrated its capacity for continual improvement by implementing a suite of joint industry projects and a range of other capability and preparedness measures. INPEX’s Browse Regional Oil Pollution Emergency Plan (or Browse ROPEP for short) is the first ‘pilot’ of a regional oil spill response plan designed for multiple activities and multiple titleholder use in Australia. The Browse ROPEP was developed and submitted to NOPSEMA during 2021. The ROPEP process has been extensively promoted at various stages of its development via APPEA and NOPSEMA working groups and cooperative forums. The ROPEP concept was also presented to IPIECA’s oil spill working group meeting in London in Dec 2021.

In October 2021, Beach undertook the Prion 3D Seismic Survey in Commonwealth waters in Bass Strait. In response to the fishing industry’s concerns around perceived impacts of seismic surveys on commercially targeted species, Beach Energy started two key studies. The first study examined scallop biomass to conduct a ‘before and after’ control impact assessment on potential new scallop beds in the Prion Survey acquisition area. The second study was a nation-leading collaborative research project to improve the understanding of applying new seismic survey technologies. Collectively, the collaborative research project was a multimillion dollar investment with financial and in-kind support from Beach Energy, academia, the fishing industry and the Tasmanian Government. The major study demonstrates Beach Energy’s commitment to environmental excellence through genuine stakeholder engagement, the co-design of research relevant to environmental impact assessment.

Santos – How to drive safely around the world 500 times per year.

Driving is an activity that we all take for granted every day and it poses one of the biggest safety risks to our onshore industry. Santos drive more than 20 million kilometres every year –which is equivalent to a car travelling around the globe 500 times. Santos’ review of driver safety, including driver behaviour, driving standards, and in vehicle monitoring systems – is an exemplary example of cooperatively working together to improve safety performance – on some of Australia’s most remote roads.

To view this media release as a PDF, please click here.