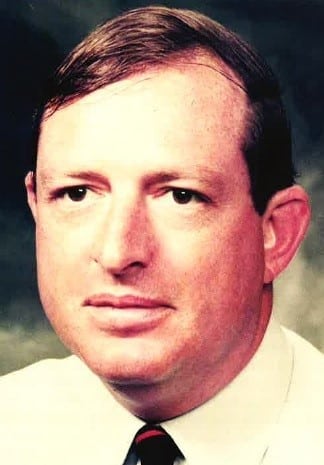 Dennis Benbow – a pioneer of the Australian oil and gas industry and one of the longest-serving Directors and Chairman of its industry association, APEA/APPEA – passed away on Thursday, 15 July.

Born in 1939, Dennis gained a Bachelor of Science in Geology from the University of Sydney and post-graduate studies in coal and aggregate exploration.

Dennis commenced his career in the industry when he joined Brisbane-based explorer Exoil as a petroleum geologist and rose to become chief geologist during the latter part of the decade, participating in the company’s discovery of the Mereenie and Palm Valley oil fields.

He was first elected to the then APEA Council for a twelve-month period in May 1977.  He was re-elected to the Council in May 1981, becoming vice-chairman in 1983 and chairman of the Association in May 1985.

Dennis become chairman at a particularly challenging time championing the industry’s role in the free-market debate and the ongoing importance of exploration to the health of the industry.

Dennis’s all-round contribution and dedication to APPEA and the Industry was recognised in May 1989 with an Honorary Life Membership of the Association.  He was awarded APPEA’s highest honour, the Reg Sprigg Gold Medal in 1997.  Dennis spent much of his career at Magellan Petroleum, becoming its Chief Executive.  He retired in 1999 and stepped down from the APPEA Council in October the same year.

Dennis was widely regarded as the heart and soul of the Association over his 20 years of service with APPEA, becoming a valuable link between the past and the present during some turbulent periods for the industry.

APPEA and the industry’s thoughts are with Dennis’s family and friends at this sad time.