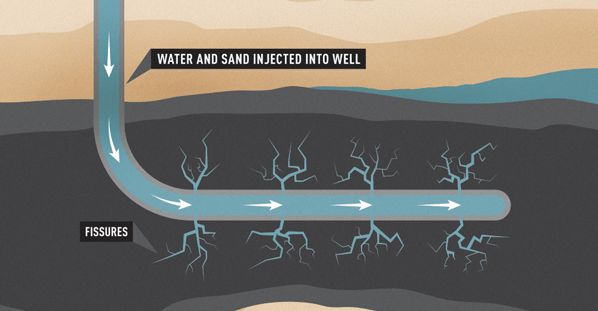 When the Northern Territory Government needed an eminent and respected person to conduct a high-profile inquiry into hydraulic fracturing it wisely turned to one of the nation’s most distinguished and decorated public servants.

Dr Allan Hawke is the former head of numerous Commonwealth departments and chief-of-staff to Prime Minister Paul Keating, university vice chancellor, Companion of the Order of Australia recipient and, according to a national newspaper, one of the country’s “top 30 true leaders”.

This was an inspired choice. Dr Hawke brought a well-earned reputation for scrupulous objectivity to an issue where fact was often hard to distinguish from fiction.

As expected, he approached his task without fear or favour.

More than 260 individuals and groups provided submissions and hundreds more had their say at public forums in Darwin, Katherine and Alice Springs.

Regulators, scientists and gas companies were grilled, fracking operations personally inspected and communities that lived with gas operations invited to tell their stories.

And finally, thousands of pages of evidence from eight previous inquiries into fracking were analysed for their relevance to the NT.

Nine months later, Dr Hawke produced a comprehensive and credible report that should serve as a blueprint for the safe and responsible development of a new NT shale gas industry.

His main recommendation, consistent with other Australian and international reviews, was “the environmental risks associated with hydraulic fracturing can be managed effectively subject to the creation of a robust regulatory regime.”

Having considered all of the evidence and with potential commercial development still some years away, Dr Hawke advised: “…there is no justification whatsoever for the imposition of a moratorium on hydraulic fracturing in the NT.”

The Government is now moving to establish the robust regulatory regime Dr Hawke recommended while industry continues the low-level exploratory work needed to determine if full-scale production is viable.

Some activists, unfortunately, have refused to accept the umpire’s decision. For them, the oil and gas industry has no future in the NT.

But for ordinary Territorians who just want to know the facts about an industry that has the potential to provide new jobs and opportunities, the Hawke Report has plenty of answers.

Here’s what it said about four of the most common concerns about fracking.

“Unconventional gas extraction has water requirements for drilling and hydraulic fracturing that are small in the context of many other licenced water uses, but which need to be managed carefully to ensure sustainability at a local or catchment/aquifer scale.”

“Waste water management issues are similar to many other mining and industrial processes, although treatment of produced water following fracturing may have some unique elements. On-site treatment and recycling are desirable where possible, but the use of reinjection for waste water disposal will require further investigation to test whether it can be applied in Australia.”

“Application of leading practice in well construction combined with rigorous integrity testing and effective regulatory oversight should result in a very low probability of well failure, but a ground water monitoring regime that can detect contamination attributable to unconventional gas activities is also desirable.”

“Many of the chemicals used in fracturing fluids are found in processed food, in a range of household products, or routinely in many industries.”

“Chemicals used during hydraulic fracturing generally pose a low environmental risk, providing that leading practice is applied to minimising surface spills and managing flowback water after fracturing. Public concern about chemical use will be reduced by a transparent, full disclosure policy.”

As Dr Hawke acknowledged, fracking is not new. Around the world, millions of fracking operations have been safely performed, including more than 30 here in the NT since the 1960s.

Natural gas from shale rocks is an opportunity that should be embraced not rejected.

In the United States, it has generated an economic boom that created millions of jobs while simultaneously driving down greenhouse emissions to their lowest levels in decades.

While any local benefits are likely to be far more modest, there is no doubt the Territory is ideally placed to capitalise on growing demand for safe, reliable cleaner-burning natural gas.

The potential of shale gas basins in Central Australia and elsewhere in the Territory have attracted keen interest, but exploration needs to continue to provide a clearer picture of the extent of these resources.

There’s a lot at stake – jobs, regional investment and a potential new revenue source for the Territory that could increase financial certainty for future governments and reduce their reliance on Canberra.

But these benefits cannot be taken for granted. Moratoriums and regulatory uncertainty can erode investor confidence.

This blog post was first published as an opinion piece in The Centralian Advocate on 17 July.