Plenty of gas for local and export markets

Plenty of gas for local and export markets 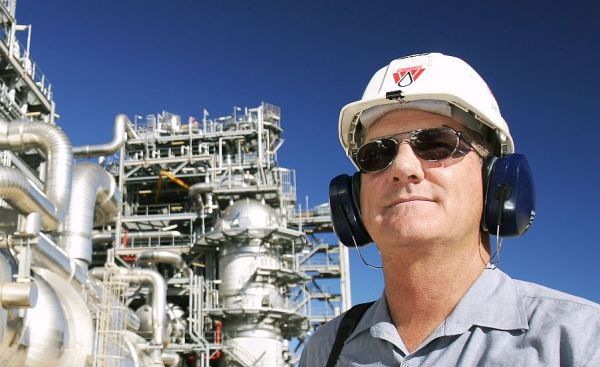 It seems inconceivable to some that Australia, with its abundant, affordable and accessible supplies of natural gas, cannot simultaneously export the product and supply it for domestic use.

Gas prices are rising due to an increase in domestic and global demand for energy and an increase in production costs. As demand for any good, including natural gas, increases and the cost of producing that good increases, so does the price.

Gas is now a global game, in which Australia is a key player. Unlocking Australia’s abundant resources will undoubtedly put downward pressure on price.

The second biggest onshore natural gas field is within the borders of NSW, yet NSW imports 95 per cent of its gas from other states. This is despite indigenous reserves that would fulfill its natural gas needs for the next 20 years, and potential resources that could supply the state with the cleaner burning energy source well into the next century.

The successful natural gas development story unfolding across Australia is underscored by sufficient gas reserves to meet both domestic and export markets.

The ability to access international markets has allowed the development of this new Australian industry. The $200 billion investment underway in LNG has powered recent Australian economic growth and, if not impeded, will continue for decades to come.

Not only is it part of our export trade, strengthening and diversifying our engagement with the region, it is a vital contributor to federal and state government coffers through taxes and royalties that can be used to fund schools and hospitals.

Cash-flow is not disappearing overseas as the Australia Institute claims. The nation benefits enormously from LNG projects. A recent report by McKinsey & Co, available on APPEA’s website, shows that 69 per cent of gas sale revenues remain in Australia.

Furthermore all gas companies, both Australian and international, are spending vast amounts on local goods and services while employing more than 100,000 people. In fact, since 2010 one Queensland-based company has spent more than $14 billion on local content.

Indeed, there are currently more than 1.1 million gas users in NSW alone. The failure of NSW to respond to increasing gas demand and develop its gas reserves will have unfortunate consequences, in the form of lost jobs, higher prices, and foregone economic opportunity.

In late April, the NSW Independent Pricing and Regulatory Tribunal (IPART) identified the development of NSW natural gas as one of the most effective ways to put downward pressure on prices.

A recent examination of energy markets, the 2012 Energy White Paper, also found “export development will continue to play a critical role in Australia’s energy future, bringing substantial economic benefits by maximising the returns from our resources. Importantly a number of the LNG projects now underway will provide a critical long-term backbone for the continued development of Australia’s domestic gas markets”.

That’s a more relevant finding than the Australia Institute managed to conclude via its internally produced report released earlier this month.

The best response to rising gas prices is not more regulation or a halt to the export industry – it’s more gas.

The NSW Greens, who have for so long argued (without evidence) against natural gas development from coal seams, are now arguing for a domestic gas reservation policy.

On the one hand they despise natural gas development, yet on the other are advocating a policy to reserve supplies that will do little to place downward pressure on energy prices for gas users.

Gas reservation policies do not help to bring a greater supply of gas into the market because they are a disincentive to investment.

This form of protectionism does not offer a solution to rising gas prices. In effect one industry is called upon to subsidise the activities of another. This is akin to a demand to supply “cheap” domestic steel to reduce the costs of building multi-billion dollar LNG plants.

NSW households and businesses are right to be concerned about activism based on an anti-fossil fuel ideology rather than sound science. The tsunami of misinformation and myths peddled by the Greens and their ilk has effectively stopped any meaningful exploration or development in NSW.