The Quiet Rise of Valmec Ltd

The Quiet Rise of Valmec Ltd

Valmec is a relatively fresh-faced company, launching in 2013, but the experience behind its creation is much older. It evolved from one of its antecedent companies, HPS Group, which was sold to global oil and gas supplier Enerflex in 2005.From that seed, Valmec was eventually born, and it has continued to grow over time into a multi-faceted services company offering a full suite of turnkey services to oil, gas, and resources providers across Australia. Within the oil and gas industry specifically, the company has evolved from its initial focus on gas compression and processing equipment, to extensive services and maintenance support extending well into the operational period.

“We were very much construction-orientated,” says Valmec Managing Director Steve Dropulich, “it’s in our DNA.”

“But the North American experience taught us a lot about the full lifecycle offering, being on the ground and being able to take the client through a journey that continues post-construction — that was a model I really liked.”

In 2012, Valmec boosted its offering by acquiring a well-known infrastructure group before launching publicly on the Australian Stock Exchange in 2013. The company got its big break the same year when they entered a contract with APA Group to deliver a compressor station to one of the energy major’s Western Australian facilities. 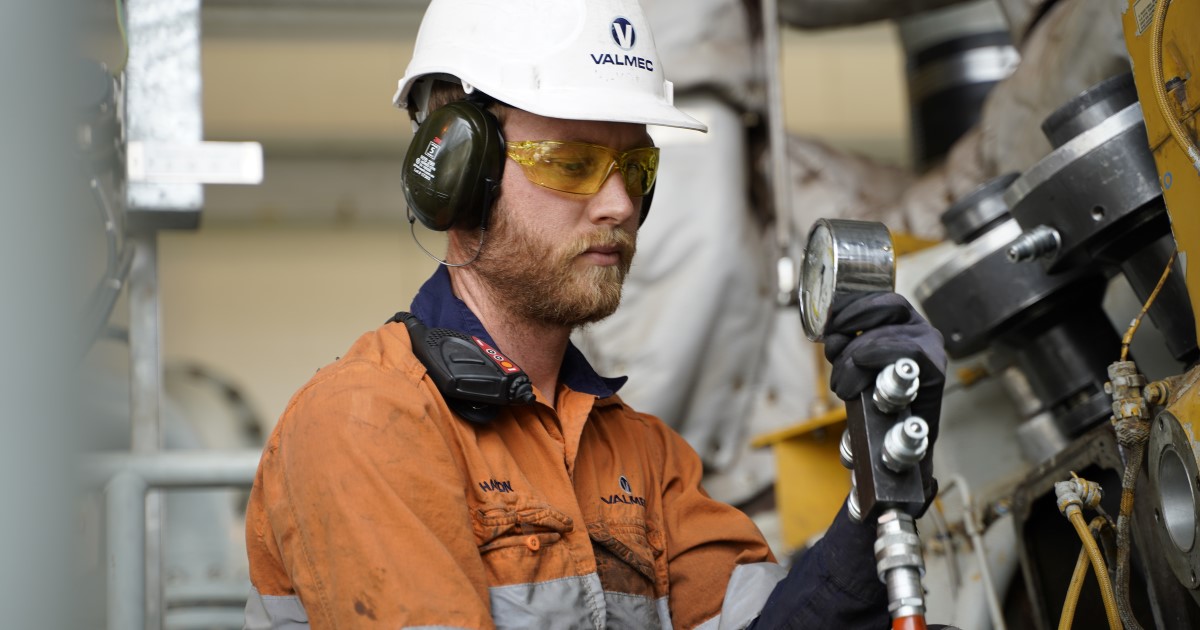 A Valmec worker at the Spring Gully Power Station.

Steve said the founders chose the name Valmec to emphasise its core tenet of providing value to customers, building on the experience it delivered with mechanical and electrical construction works under the HPS model. Steve explains that the company always works to deliver a fully value-conscious service, whatever the nature of the project.

“The ‘val-’ in our name is very much about value — rather than just doing tomorrow what we did yesterday, it’s about thinking things through and making a real change for clients;it’s about fully connecting and integrating with the client where there’s savings to be had.”

In late 2020, the company announced a new five-year service agreement with Origin Energy valued at more than $100 million. The agreement — extendable by up to two years — will see the company provide asset services to Origin’s Spring Gully gas facilities in Queensland in support of the Roma gas project. It builds on an earlier contract with Origin from 2015 that Steve cites as particularly important to Valmec’s development from a pure rotating equipment provider to a more expansive full-body services model.

“We’re really excited about this new contract – it allows us the opportunity to establish Roma as a key regional hub,” he explains. “We’ve started turning dirt, secured a new facility, and in the long term we will be able to employ and train local personnel, increase local spend, and play a part in the community. Origin is a key contributor to the region, and it’s critical that its own contractors follow its lead.” It is an approach that appears to be paying off; Valmec has remained buoyant throughout the ongoing COVID-19 pandemic, delivering record earnings and cashflow in its recently released half-year report for 2021. The company has retained a busy pipeline that includes works with several companies in various sectors, including a Newmont gold mine in the Northern Territory, and AGIG Group’s large-scale hydrogen facility in South Australia. This is not to say that the year didn’t bring its challenges, however. Steve says the experience has helped turn the company into a more efficient provider, a trend he believes will extend across the wider industry for many years to come as businesses continue to adapt to the needs of a changed world.

“I think what COVID has done for us as a service organisation is to become leaner and more multidisciplinary in order to be reactive to the client’s needs,” he says.

“There’s no doubt things are changing, we’re going through a global period of change,” he says. “As service providers we have to plan for the future, and we believe Valmec is in a strong position to adapt.”