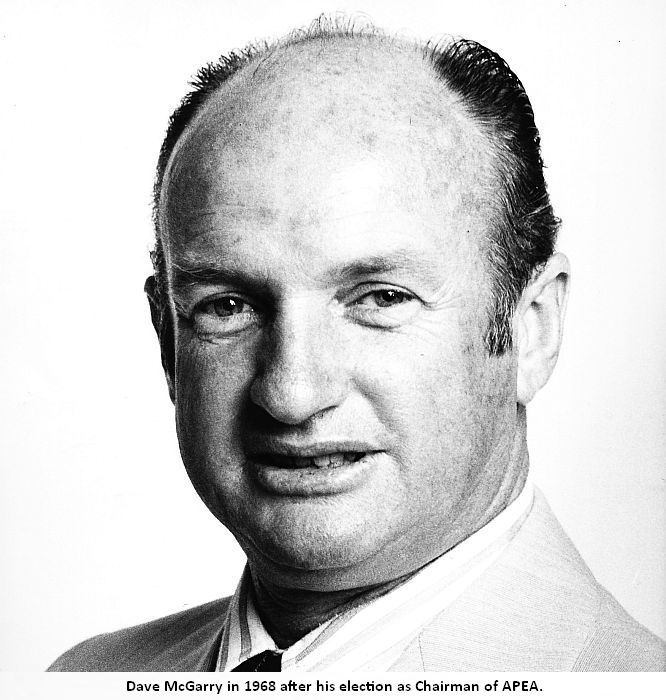 David McGarry – a pioneer of the Australian oil and gas industry and of its industry association, APPEA – passed away on Tuesday, 22 November.

Dave was born in 1925 in Port Augusta, South Australia and served in the Royal Australian Air Force in 1944-45.

After the war, Dave studied geology at the University of Sydney, graduating in 1948.

After several years working for the South Australian Mines Department, he held a number of senior positions in the formative years of the development of the oil and gas industry in Australia.

He worked for both Australian Oil & Gas Corporation and its joint venture partner Union Oil, and in December 1961 he was present for the joint venture’s history-making Moonie oil discovery.

He was elected to the APEA Council in 1967 and served two terms as APEA Chairman – 1968-70 and 1974-76. Both of these terms were at difficult times for the industry, and Dave’s leadership and advocacy were widely appreciated. He remained an active Councillor on the APEA Board until 1988.

In 1980, he was awarded honorary life membership of APEA and in 1986, he received the Lewis G. Weeks Gold Medal for his outstanding contribution to petroleum exploration.

His achievements were also recognised outside the industry. In 1985, he received membership of the Order of Australia in recognition of services to industry.

APPEA and the industry’s thoughts are with Dave’s family and friends at this sad time. Download PDF