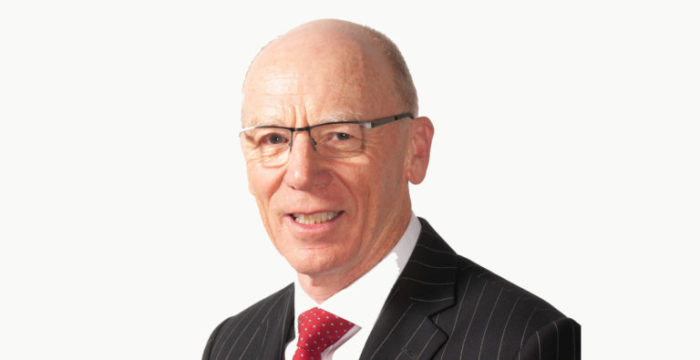 Former APPEA chairman Colin Beckett, who was awarded an Order of Australia in this year’s Queen’s Birthday Honours, sees Australia’s oil and gas industry as well placed to meet the many challenges it currently confronts.

Colin held senior executive positions in Australia with Chevron, Mobil and BP, and is now a director of Beach Energy. He served as Chevron’s general manager for the Gorgon gas project for nearly a decade. Colin was APPEA’s chairman from 2007-2008.

He was appointed an Officer of the Order of Australia last month in recognition of his distinguished service to business in the oil and gas industry and infrastructure services and to tertiary education.

In addition to his industry roles, Colin was a Chancellor of Curtin University until the end of 2018 and was a member of the Scitech board, working to foster an interest in engineering for the next generation. He is currently Chair of Western Power, and was a past Chairman of Perth Airport Pty Ltd.

A 40-year veteran of the upstream oil and gas industry, Colin has seen many downturns and upswings in his career. He says this year’s price contraction is unique resulting from strong near-simultaneous increase of supply and rapid demand reduction due to Covid19.

It also comes as there is a sharp focus on the future of oil and gas amidst a wider focus on energy, and the additional challenges in responding to climate change and the need for emissions reduction.

“Our industry is at a point of some introspection,” he says, reflecting on how community attitudes are influencing investors and the industry itself.

“There are increasing numbers of people who are not interested in an orderly transition to a low carbon energy future. They just want immediate change at seemingly any cost.”

Colin sees the Australian industry as reasonably well-placed in this environment. “The fact that we are gas-focussed means we are under less pressure. Many people understand our exports of gas are helping provide cleaner energy and lower emissions in Asia – and they know we need gas domestically.”

That, of course, doesn’t mean there aren’t real challenges in responding to the increasingly more vocal community attitudes. These have led to restrictions on our activities in several states.

“We need to demonstrate we are working to be part of the solution to sustainable energy. Excellent health, safety and environmental performance is expected by us and of us. The same expectations should be in place for significantly reducing carbon emissions from our operations”

“And, whilst we will remain reasonable and methodical in our communications, we should highlight the consequences of not having a vibrant oil and gas sector to the broader community”.

He says that in this environment a strong industry association is more important than ever. Colin believes APPEA’s strength comes from the fact that it represents the entire industry, explorers and producers, big players and small, onshore and offshore, Western and Eastern Australia.

“This makes APPEA of great value to government. It talks for everyone.”