World leaders convening at the conference face a difficult and complex task, negotiating goals for higher and faster emissions reduction targets with perhaps more scrutiny than ever before. Not only must they work to reduce emissions in line with the Paris Agreement, but also deal with stimulating the global economy, which is still suffering considerable impacts from the ongoing COVID-19 pandemic.

Mr Dwyer introduced the webinar by noting the importance of COP26 and the focus and attention it has received and will receive right up to and beyond November as world leaders gather for COP26.

“The summit has set the goal of negotiating higher and faster emissions reduction targets to achieve the objectives of the Paris Agreement. The pressure to increase global action on emissions is acute, and yet at the same time the world is also grappling with the impacts of the COVID-19 pandemic and the need to stimulate economic recovery,” he said.

“Alongside the negotiations, a key task of the conference is finalising the ‘Paris Rulebook’, the rules needed to implement the 2015 Paris Agreement, and conclude outstanding issues from COP25 in Madrid.

Ms Smith then began with a discussion of some of the high-level themes of this year’s conference. Beyond the obvious headlines of which leaders would be attending and meeting with each other, Ms Smith cited the importance of details such as how COP26 fits into the Paris Rulebook, and the shifting parameters of when net zero can be reasonably achieved.

“The decisions we make in the next decade will be critical, [including] when we globally commit to that net zero [target]”, she said.

“I think looking beyond the bells and whistles to what’s agreed in Glasgow will set the market rules for carbon and ultimately business to 2030 [and beyond].

“We can expect the Australian Government to focus on Article 6 [of the Paris Agreement] and the transparency framework and climate financing, whereas other nations or parties may focus on other areas.

“On Article 6, the focus for business is the new international trading mechanism. Most corporates have a commitment and investor pressure on what they’re doing to manage emissions and how they are going to do that – international carbon markets and offsets will be key to that.”

Ms Smith added that another expectation from the perspective of the European Union would be a focus on pushing a narrative of ambition, while the UK as host would be very much focused on deliverables. 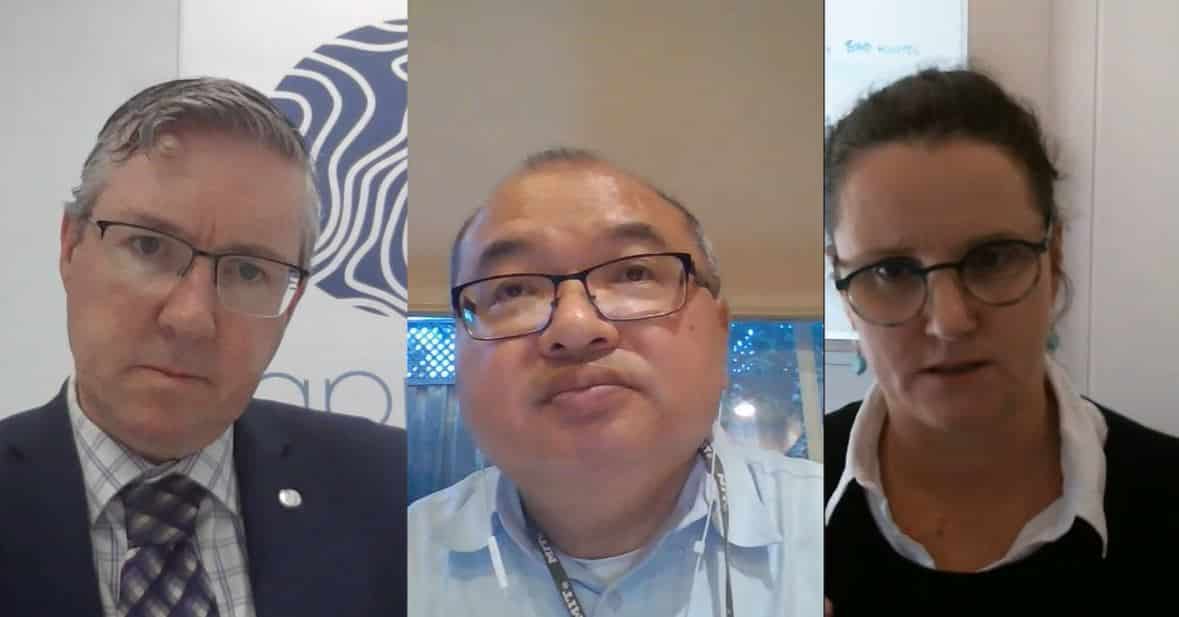 Joining from California, Mr Lee – who has participated in the IPCC’s Assessment Report since its third iteration and currently serves as a Review Editor of the sixth – discussed climate change from a US-based perspective, drawing on his experience in participating in COPs date back to COP5 in 1999.

Mr Lee discussed the editorial process surrounding the reports, which have helped to guide the shape of COP meetings ever since the first Assessment Report published in 1990 provided a guideline for the first COP in Berlin five years later.

From the First Assessment’s more rudimentary topline messaging on “atmospheric changes” to the Sixth Assessment’s direct and urgent messages, Mr Lee explained that as Review Editor he was tasked with ensuring the reports stay “within the scientific realm” and refrain from any policy recommendations.

“There’s a clear separation of roles and responsibilities by the IPCC,” he said.

“The UNFCCC [United Nations Framework Convention on Climate Change] takes the scientific findings and based on those negotiates over time the kind of policies that will address whatever actions they need to address.”

Mr Lee also took the opportunity to set the record straight on US engagement with climate change in recent years, explaining that while there had been a definite re-engagement by the US Government on climate change issues since the election of Democrat Joe Biden last year, the country had always been engaged at a technical and civil service level, including through the US State Department.

“The United States never left the UNFCCC negotiations,” Mr Lee explained. “What it had done under previous President [Donald Trump] is withdraw from some of the continuing negotiations around [the Paris Agreement], but even so, at the professional negotiation level, the US never left.”

However, Mr Lee did point out that given President Biden’s higher level of engagement, internal domestic politics had “heated up”, with COP26 set to boast a larger and more active US pavilion akin to the era of the Obama administration.

In terms of advancing the conversation post-COP, both Mr Lee and Ms Smith discussed the importance of factors such as conditional climate targets for developing countries and a just transition to ease job losses and facilitate a smoother pathway.

“We have to make sure the evolution isn’t leaving a whole lot of people unemployed,” said Ms Smith.

The role of oil and gas in a lower emissions future

Both Mr Lee and Ms Smith agreed that there’s a future for oil and gas in a net zero future.

Continued, accurate reporting and a commitment to net zero would allow oil and gas companies to communicate their actions to governments, activists and investors. “Getting on the front foot” and demonstrating what the emissions are as well as abatement options was representative of a growing trend for the industry.

“And the complex truth is there will be a role for fossil fuels, but they will need to demonstrate that the volume of emissions being recorded is accurate, reasonable and science based, and that they have science-based targets [with] a trajectory towards net zero.”

Mr Lee explained some of the primary differences between IPCC and IEA modelling, such as the IPCC’s much larger use of different pathways and scenarios, from the highly idealistic (P1) to inactive (P5).

“IEA modelling is very focused on energy systems – the IPCC assesses a whole range of models, including energy systems, land and natural systems as well.”

Mr Lee also cited the importance of carbon capture and storage (CCS) in the IPCC’s reports, stating that the technology was “critical for many of the indicative pathways” to maintain a warming limit of less than 1.5 or even 2 degrees Celsius.