Canada and Australia are two countries with a lot in common. While their climates couldn’t be more different, they share a strong Commonwealth connection. Both are relatively new countries with rich Indigenous histories. They are also both large and resource rich, with high standards of living and relatively low population densities for their size — Canada has about 38 million people, Australia 25 million.

This shared resource wealth has led to the creation of advanced oil and gas industries ripe with opportunities for collaboration, and one such company excelling in this field is APPEA member NEXT Compression. Based in Alberta, NEXT Compression is a compressor specialist with more than 1000 units in operation at various sites around the world. The company began its official operations in 2018 following a merger between two companies, NGC Compression Solutions and SAGE Energy Services, formed with the intent of combining the best elements of both into a single organisation with global aspirations.

NEXT Compression President and CEO, Shane Guiltner, formerly of NGC, explains that “the combination of these two companies represented a perfect marriage. Synergy is often touted as the benefit of merging companies and as we worked through the details, we were amazed by the true level of synergy that was unlocked. Both companies had specific areas of expertise and reputation that combined, provided highly compelling solutions across a wide range of customer challenges. As we approach our third year as a single entity the market reaction has surpassed our wildest expectations.”

Andrew Kavanagh, NEXT VP International Sales, possesses more than 20 years of experience in the Australian market and served as the chief architect of Sage’s international growth before the merger. Among Andrew’s initial engagements in the region during his time at Sage was his work supplying field booster systems to Santos in the Cooper Basin.

“It became my job to look at different markets and grow the company and I always had my eye on Australasia,” he explains.

“We did not have immediate success until we got our first project with Santos in South Australia. As other markets were starting to decline, Australia was building, and eventually the momentum built to the point where we were working with several local customers, including Westside, Senex and Jemena.

“We’re particularly proud of our work on the Atlas project providing domestic gas for the east coast. Just recently, we were able to provide Jemena and Senex with the last remaining train of a compressor train to complete Roma North.” 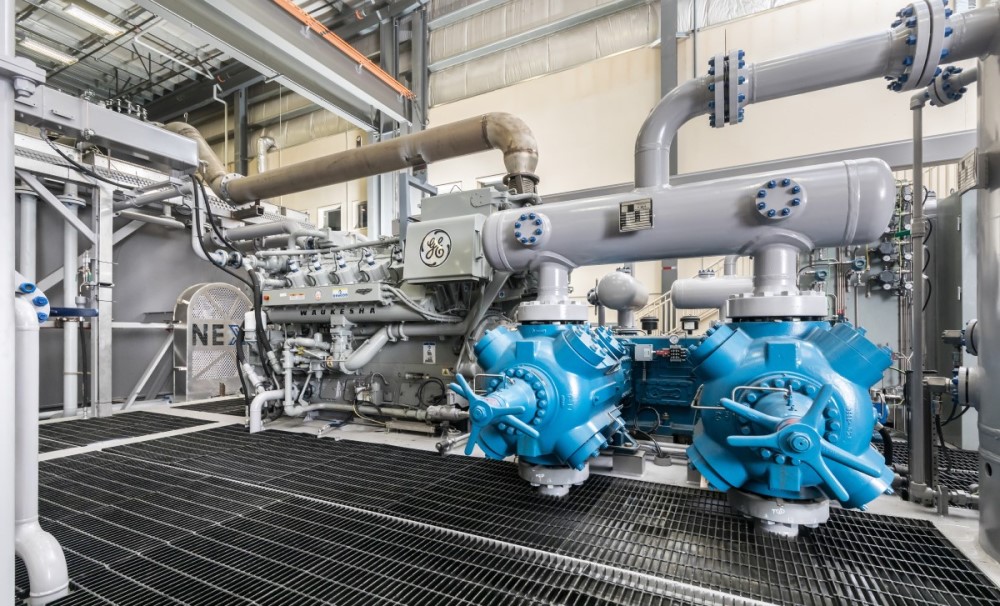 NEXT’s product focus includes industrial reciprocating and screw compressors, which it sells to a primary customer base of oil and gas producers and energy infrastructure companies. It fabricates and assembles these from its manufacturing facility near Calgary. The products go through intense testing to ensure they are suitable for continuous usage in the harshest climates, whether it be the biting cold of Canada or the blazing Australian heat.

“Basically, anyone developing a natural gas asset for their own production or for somebody else generally requires our products,” says John Sandmaier, a NEXT Sales Engineer who moved from his home in Canada to Brisbane for work last year.

“Our clients are placing their trust in us to manufacture critical infrastructure; we provide aftersales support for our installations, so having direct access to NEXT with me on the ground here in Australia has been very helpful in that regard,” he explains. “Our customers can pretty much tap me on the shoulder, and we can quickly get them plugged in to who they need to talk to.”

John moved with his family to the Queensland capital to help NEXT in its mission to expand its presence in the Australian market in recognition of the need for local, on-the-ground support. He explains that despite the obvious difficulties surrounding the ongoing COVID-19 pandemic, he has settled well into Australian life.

“You know what, it’s generally been pretty similar culturally, as you can expect coming from Canada to Australia,” John says. “Business is a little bit different, and I’ve had a crash course in the last year from working alongside a few great clients, as well as Andy, who has been involved in the Australian market for quite some time.” 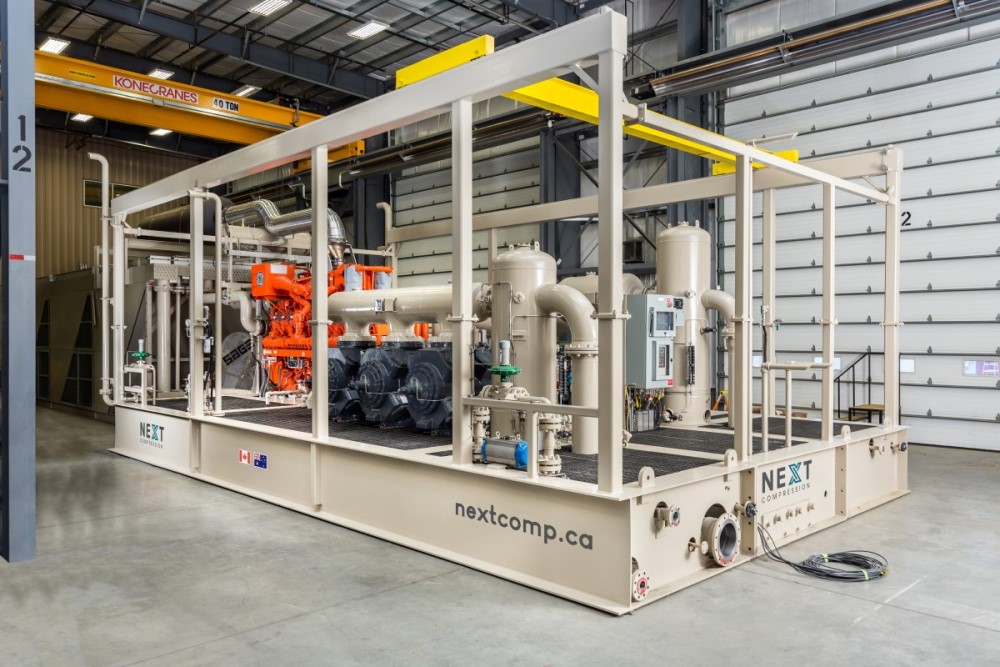 A NEXT Compression reciprocating CSG booster used by Westside Corporation in Queensland.

However, John explains that there is one element of moving to Brisbane that has taken a little adjusting from Canadian life: the weather.

“The first year was a hot one when I moved to Queensland, and I think we were all a bit shocked with just how hot it was! But this last year’s been nice; the weather’s been milder, and we’ve been enjoying it quite a bit,” he says.

While the ongoing COVID-19 pandemic has presented inevitable issues for many companies, both domestically and internationally, NEXT’s expansion to Australia has been cited positively by everyone involved.

“While we have had to deal with the COVID-19 pandemic, John has lined up opportunities that we weren’t aware of prior to his involvement with the company,” Andrew explains.

“Personally, I am excited for when we can put COVID behind us so I can get in an airplane again and get down to Australia. There’s so much amazing engineering capability there — all you have to do is look at all the LNG plants that have come together in a very short period.

“We needed a local knowledge base to help differentiate us from our competitors, so who better to help with that than APPEA? We have also had been warmly welcomed in our discussions with state and Commonwealth governments in Australia.”

NEXT Compression Sales and Marketing Manager Alyssa Guiltner adds that that NEXT’s expansion has proven a positive learning experience for all parties, and the company will have plenty more to share with its Australian clients in the coming months and years.

“I think the ability and willingness of our Australian clients specifically to engage with us, particularly with the way they work as a team, really involves us in that team atmosphere; it allows us to really learn from them, grow from them, and create better products,” she concludes.

For more information about NEXT Compression, visit nextcomp.ca or contact CEO Shane Guiltner at shane.guiltner@nextcomp.ca.