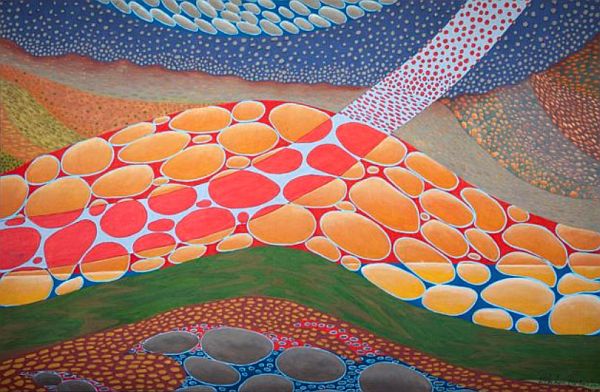 APPEA has awarded its highest honour, the prestigious Reg Sprigg Medal for outstanding service to the industry, to Dr John Jackson.

Presenting the award at the APPEA 2013 Conference dinner on Tuesday evening, APPEA Chairman David Knox said Dr Jackson is a man of many talents.

“He is an exceptionally good geologist and petroleum executive, an influential industry advocate, a gifted raconteur, and a creative artist and educationalist.

“Dr Jackson has left a strong legacy in the Australian oil and gas industry. As an executive at Bond Corporation, he spearheaded the unprecedented fast-track development of the Harriet/Lenita oil fields off Western Australia, which brought the fields onstream in 1986.

“John also worked closely with famous environmental consultant Dr Harry Butler – a previous winner of the Reg Sprigg Award – to site the development on Varanus Island. This has since expanded into the Varanus Island Processing Hub, a mainstay of WA domestic oil and gas supply.”

In the 1980s John Jackson became a member of the Australian Petroleum Exploration Association Council (the forerunner to the APPEA Board) where he was made Chairman of the Membership Committee. In his six years on the APEA Council he developed a reputation as an effective advocate for junior companies.

In the late 1980s, John Jackson found another calling. He began taking classes of Perth school children for geology primers. He used outdoor excursions in which he discussed the colour, shape and texture of rocks before introducing his students to scientific details.

Soon he began doing paintings on bed sheets that illustrated geological concepts. These could be hung up between trees for all the class to see.

Mr Knox said: “This approach worked well – and not just with kids. John found it also educated their parents, as well as non-technical staff members and their families in various companies that employed him.

“John’s paintings are not only instructive. They are also beautiful. One called Gas Hunting holds pride of place in APPEA’s Canberra boardroom. It was adapted as a logo for APPEA’s 50th anniversary conference, held three years ago. And it did the event proud.” Download PDF